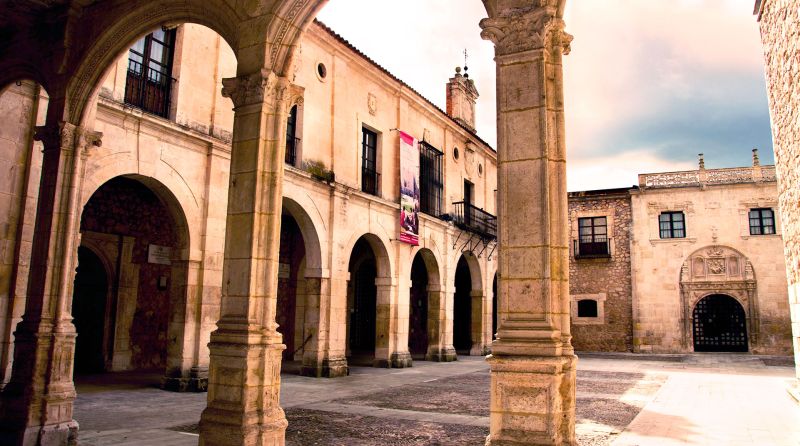 The first courses were imparted in the University School and consisted of Degrees in Science, Geograhy, History and Law, which later had their own faculties.

Currently, the University has got almost 11,000 students, which makes Burgos a medium-sized university without the problems of massification and excessive dispersion suffered by others.

The university is divided into two campuses: the Campus del Vena (by the river Vena) and the Campus of San Amaro. Here is to be found the fine historic and artistic enclave known as the King´s Hospital, administrative centre of the University and home of the Rectorate and the Faculty of Law. The University of Burgos is steadily growing and expanding.

The King´s Hospital was founded in 1195 by King Alfonso VIII to care for Jacobean pilgrims. It was one of the most important hospitals on the pilgrims´ route to Santiago. The buildings were built in protogothic style, but little remains today. Many alterations have been made since the 16th century. Of special note are the Romeros Gate (1562) and the Gate of the Moors (1530) and the Portico of the Church, reformed in 1771. All the buildings were restored and adapted for the Faculty of Law. The works received the "Europa Nostra" award.